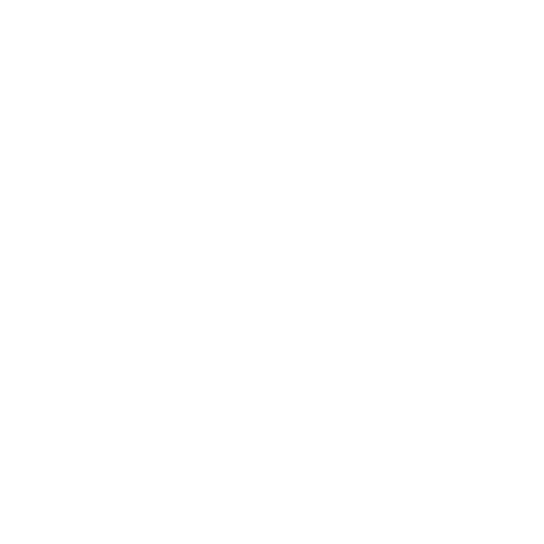 Kerstin Kaiser
Kerstin Kaiser is the Head of the Moscow branch of the Rosa Luxemburg Foundation since 2016. She is a Slavist, a political scientist, and a politician. From 1999 to 2016, Kerstin Kaiser was Member of the Landtag of Brandenburg from the Party of Democratic Socialism/Left Party, Chairwoman of the Committee on Social Affairs and European Affairs and Chairwoman of the Left Party faction from 2005 to 2012. In this capacity, she was one of the founding members of the coalition of the SPD and Die Linke in Brandenburg (Red-Red Coalition) in 2009. From 1991 to 1995, she served as Deputy Chairwoman of the Party of Democratic Socialism.

"Salons lie. Graves are true. But oh! The dead, the cold spokesmen of history speak in vain to the raging crowd…"

Heinrich Heine[1]
Short Memory. How It Got This Way: Splinters From German Post-War History
No pause, no thought of reconciliation. In 2020, Germany, together with its NATO and EU partners, was advancing its military almost to the point where Nazi armed forces failed 75 years ago. But the Defender-Europe2020 exercises were not stopped by a history-conscious German government or European NATO and EU member states; they were stopped by the corona virus.

The time, place, and conception of these exercises serve to bring a common thread of German post-war history into focus, as if under a magnifying glass. Despite its occasional twists and turns, the path this thread indicated was followed resolutely. After a slow start, it would have never been so successful without the strong support of the Western Allies, but especially of the almighty USA. So successful that today, in response to criticism of the fact that German soldiers are once again standing armed on the border with Russia, most people's answer is simply: "So what?"

Thus we have come full circle: on 9 May 1955, the tenth anniversary of the victory over fascism, the Federal Republic of Germany participated in a NATO ministerial meeting for the first time (three days after joining acceding to the treaty). Thus was a part of US post-war planning fulfilled, which began at the latest after Stalingrad and which, as early as November 1945, played out a war scenario where atomic bombs were aimed at twenty selected targets in the Soviet Union[2].
The "pale mother Germany", as Bertolt Brecht called her in 1945, who stood out "among the sullied", has long since ceased to sit "defiled among the nations"
On the contrary: since 1990 she has been sitting there as a European superpower, lecturing and making demands. She gets praise and is sometimes celebrated for her exemplary, internationally recognized politics of remembrance and history. She intensively cultivates a myth which, after a difficult birth, is today almost treated as a component of the national interest.
Doubtless much of this is right and praiseworthy, but it had to be fought for in fierce social, political, and educational debates against conservative, restorationist, and revanchist currents
This history is often concealed, and would rather be forgotten. (West) German elites made no significant attempts to come to terms with the past, and made none of them of their own accord.

Here are a few brief reminders from the endless series of names and events that for decades were the cause of controversy regarding the Nazi past and its effects on the present, and which are probably difficult to remember even for those who lived through the period.

Remember the so-called 131 rule for civil servants in 1951, which led to the mass reinstatement of officials from the Nazi regime.

Then there was the Braunschweig Remer Trial in 1952 and the Frankfurt Auschwitz Trial starting in 1963, the debate on the statute of limitations for Nazi crimes in 1965, the persecution of Eichmann and Barbie; Kiesinger’s slap in the face in 1968, Filbinger death sentences in 1978, historians' disputes starting 1986, the Holocaust film and the Holocaust memorial; J. Fest’s biography of Hitler, and Martin Walser’s Frankfurt speech in 1998, in which he spoke of the "instrumentalization of our shame" and also of the "moral bludgeon" that Auschwitz was not suited to become.

Then, as early as 1985, there was the speech by Federal President Weizsäcker regarding 8 May 1945, in which this date is officially designated for the first time as the day of liberation from Nazi tyranny. Then starting from 1995 there was the Wehrmacht exhibition and the reappraisal of the history of Nazi-associated institutions such as Deutsche Bank, the secret services and the Foreign Office.

There was the delay in compensating Soviet prisoners of war and forced labourers, the refusal to exculpate deserters until 2002, or so-called wartime traitors even until 2009, or Greece’s demands for compensation, which have not been accepted by any German government to date…
In the Federal Republic, unlike in the GDR, the recognition of anti-fascist resistance as resistance and not as high treason against Germany or even as terrorism was also highly controversial
In the first years of the West German republic, this applied even to the conspirators of 20 July 1944, whose leaders had essentially supported Hitler’s war policy up until the Battle of Stalingrad and who are highly regarded today.

Along these thorny roads, the politics of remembrance and history gained social acceptance despite the declared resolve of some of West Germany’s political, economic, and social elites and the secret wishes of others. The politics of remembrance helped to clean up the stains on Germany’s reputation and, over time, were then placed in a kind of civil and political "reserve", where they are now firmly anchored and to some extent financed as part of a culture of remembrance. This reservoir is tapped when it serves Germany’s reputation, for edifying speeches and commemorations at home and abroad. Since 1989 at the latest, however, Germany’s real European and foreign policy have finally felt themselves to be free of the past.

Thanks to unflinching resistance, it was not possible to simply draw the line under Germany’s Nazi past that West German elites and a large part of the population had wished for. However, the constant opposition to the USSR and the "Eastern Bloc", including militarily, today via NATO and against Russia, was the price people were content to pay for the now complete integration of the West and the establishment of Germany as one of the leading powers.

The period from 1945−1949 until today has seen an amalgamation of old German interests with new imperialist desires.
Given this historical background, it is not surprising that there is an aspect which has been relentlessly excluded from the Federal Republic’s practices of working through and commemorating the past, until today: the Soviet victims in the extermination campaign of the fascist Wehrmacht against "Jewish Bolshevism", the murdered Soviet prisoners of war and civilians
Despite all facts about the wartime conduct of the German military forces, the myth of the "impeccable Wehrmacht" was maintained. The Wehrmacht was, admittedly, "guiltily entangled" (Ursula von der Leyen), but it was not a systemic factor in a Nazi geopolitics that transgressed all norms and values.

It was not until the 1990s that the exhibition War of Extermination: Crimes of the Wehrmacht 1941−1944 first brought to the attention of a broader public the systematic and strategically planned involvement of the military in the East. Hannes Heer, who was responsible for this first "Wehrmacht exhibition", indicates some of the ways that the military death machine was whitewashed in the early Federal Republic, ways that are hardly conceivable today:

"…the Adenauer government used the opportunity to secure amnesty for the Wehrmacht with its ten million soldiers deployed on the Eastern front alone. And the Western Allies were forced to accept it…"[3] In 1951 Eisenhower, former commander-in-chief of the Allied forces in Europe and later NATO commander-in-chief, said publicly that the German soldier had not lost his honour and that there was a sharp division between Hitler and his criminal group and the Wehrmacht.[4]

Criticism of this view of history has often been suppressed. Books — e.g. by Heinrich Böll or Siegfried Lenz, Erich Maria Remarque — were either not published, completely reformulated, or falsified in translation, as with The Diary of Anne Frank. Films that recalled the Nazi dictatorship and the crimes of the Wehrmacht were re-written during dubbing (Casablanca), or banned, or removed from competitions, as was the case for Night and Fog, the first post-war documentary film about concentration camps and Nazi terror by Alain Resnais. It was dropped at the Cannes Festival in 1956, following intervention by the German government.
The German embassy said at the time that its screening could "poison the mood" and damage the reputation of the Federal Republic, as the normal viewer was not able to "understand the difference between the criminal leaders of the Nazi regime and today’s Germany"
Even the French bureaucracy saw Resnais’s film as more of a hindrance: it was to be ruled out if it was suspected that its screening might "result in trade reprisals from our best customer". This "best customer" was West Germany.[5]

This first exhibition on the Wehrmacht was particularly controversial. Conservatives and neo-Nazis mobilized against it, often in alliance. There were attacks on exhibition rooms. For a time, Bundeswehr soldiers were forbidden to visit the exhibition, whether in civilian clothes or uniform. Officers of the Bundeswehr were not allowed to take part in events related to it.

Yes, today the facts and figures concerning victims are mentioned in official statements, including at all commemoration events marking the 75th anniversary of the liberation from fascism: 27 million citizens of the Soviet Union died in the war. 5.7 million members of the Red Army were taken prisoner of war by Germany, where about 3.3 million of them died of hunger, cold, disease, forced labour, or were shot.

But the "resonance chamber" in which all these facts and figures operate has long since been renovated, new furniture has been arranged with the old.
In it sits Mother Germany, once pale with shame, now perfectly made up, in a comfortable armchair
In league with some of those she had covered with war and destruction before 1945, she exploits our short memories.
For in this way victims can be turned into perpetrators, threats of war into offers of peace, and reconciliation into declarations of war. An Orwellian Newspeak according to the principle: whoever has power over history also determines the present and the future
This claim is reflected in the declaration of the European Parliament of 19 September 2019 entitled: "On the importance of European remembrance for the future of Europe". The fact that the USSR and the Red Army bore the main burden of the war and the victory over fascism in Europe is to be erased from the much-cited collective European memory by a parliamentary resolution. This does not diminish the importance of the victims and the efforts of others. Given present European conditions, however, a codification of history according to which the war was supposedly a common project of Hitler and Stalin has quite different aims from the clarification of historical facts.
After decades of intense neoliberal policies, conservatives of all shades in the EU are undergoing an authoritarian shift in reaction to growing pressure from populist and neo-fascist currents and parties in their countries. They are experimenting with old conservative and new populist concepts and military solutions to crises and tensions
It was these same solutions that brought fascism to power 100 years ago in the "interwar period": not exclusively, but most barbarically in Germany, with devastating consequences worldwide. This context must not disappear from our public consciousness and politics if democracy and peace in Europe are to have a chance.
[1] Heinrich Heine, Die französischen Zustände, 1832 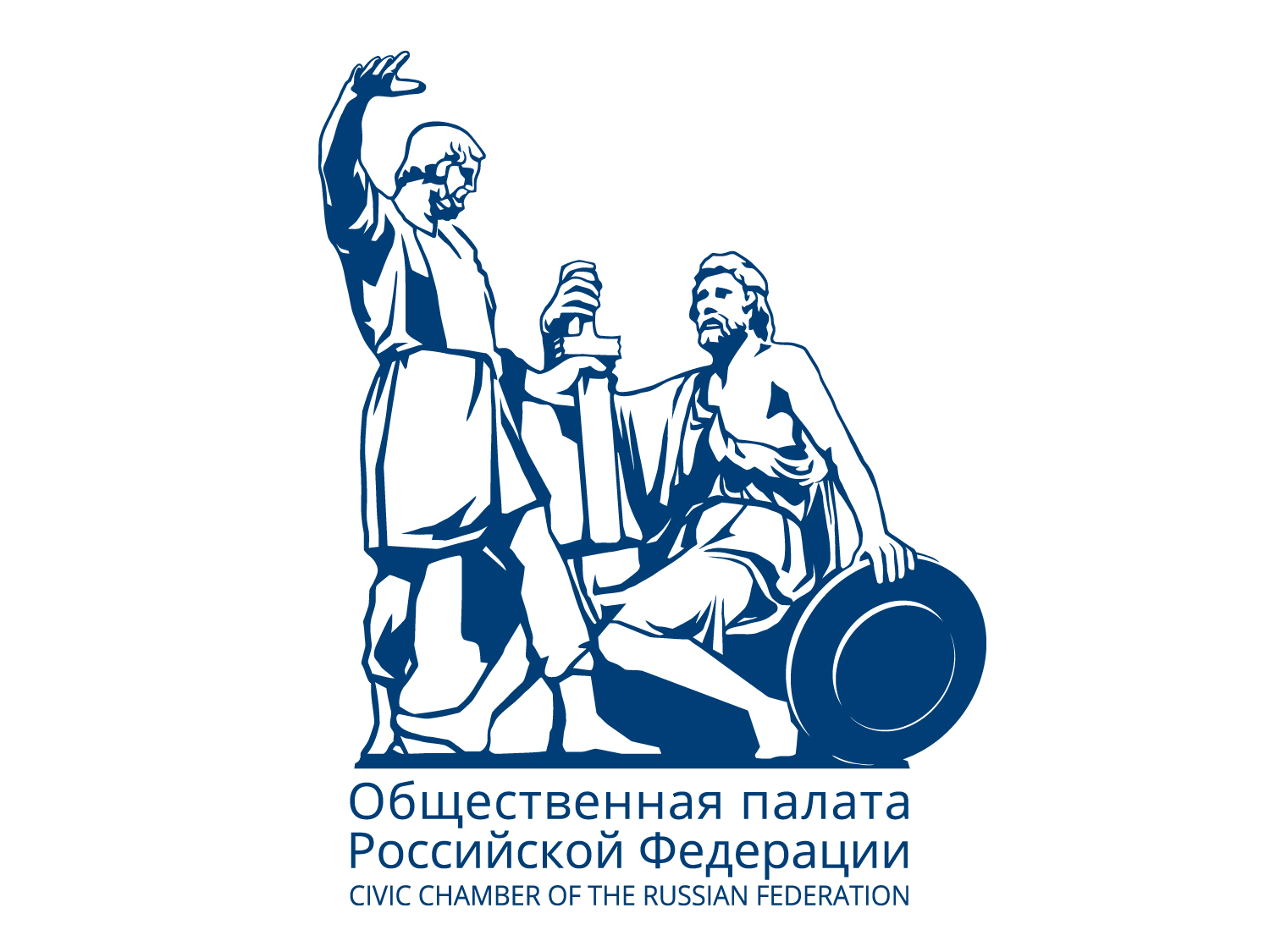